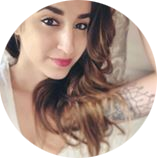 I was in a really bad car accident at the end of 2017. I went to physical therapy and several doctors to help with the pain. No one was really giving me treatment. They just put a band aid on it. Dr. Ghauri was the first doctor to suggest ablating the nerves. He really listened to me and believed in me. He took the time instead of just dismissing me. Because of that, my pain has decreased significantly (even though I will probably need those procedures for my lifetime). I’m able to run again, work on things outside, take long walks, and sit at a desk at work. Something I was unable to do for more than a couple of hours. I’m so thankful for him and his team. His team is very kind and always on top of everything. I can’t imagine going to anyone else. He is now working on my endometriosis pain (something I’ve had since I was a teen). He really can do it all.