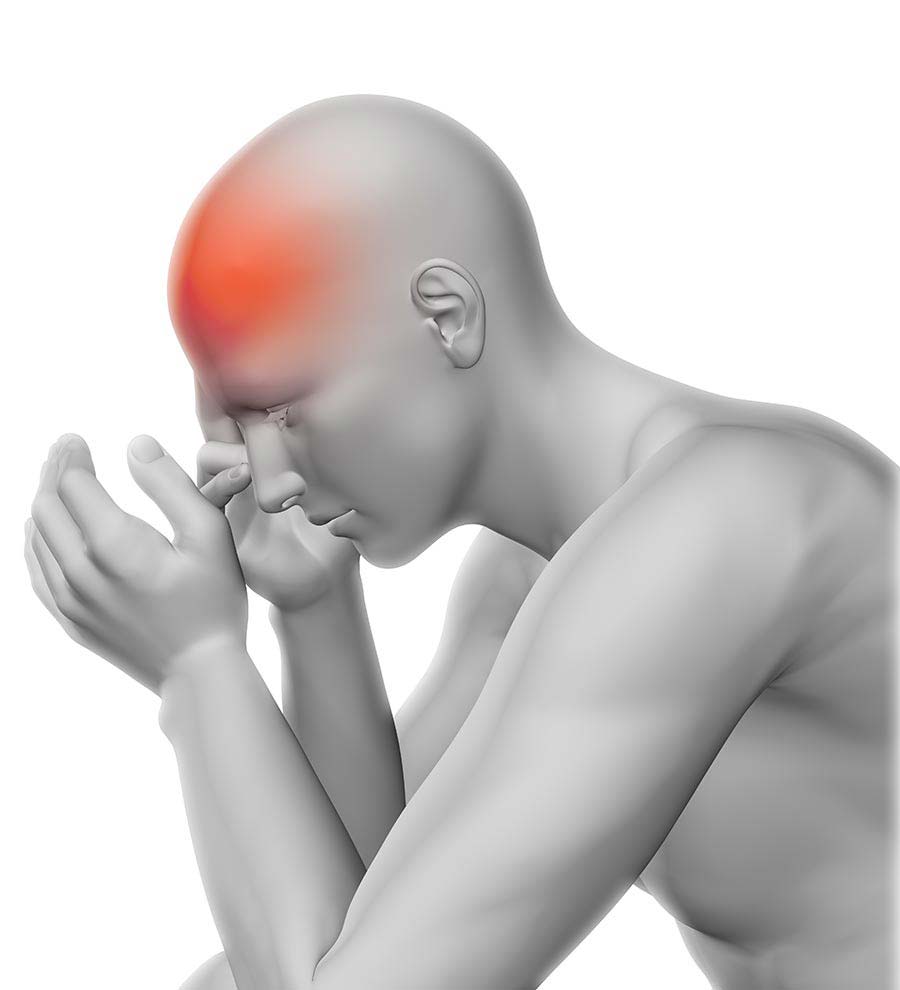 Trigeminal neuralgia (TN or TGN), sometimes called Tic Douloureux, is chronic and debilitating facial pain which reduces one’s ability to concentrate, think or act. However, with the help of a health care provider who specializes in neurology, this type of pain can be successfully managed to help individuals cope with this ongoing condition. Although it does not generally go away altogether, the pain can certainly be decreased, allowing individuals to continue to take part fully in their lives.

What Is Trigeminal Neuralgia?

This facial pain affects the fifth cranial nerve, and it can affect any of the three branches of this important nerve. The first branch is the ophthalmic branch, which runs to the eyes and eyelids. The second is the maxillary branch, which runs mainly to the cheeks, nostrils and upper lips. The third branch is the mandibular branch, which controls the lower jaw and lip. Because the facial nerve splits in half to go to each side of the face, most of the painful symptoms are one-sided.

Early symptoms of trigeminal neuralgia are usually mild and short in duration, but as the attacks progress, they usually become more painful and last far longer than they once did. Usually, pain and other symptoms affect only one side of the face. Depending on the branch of the nerve affected, the individual may struggle to blink, smile, chew or make other facial expressions. The pain may feel like an electric shock or like a muscle spasm. Each attack can last up to several minutes and may be a part of a larger grouping known as an episode, which could last for several weeks.

Trigeminal neuralgia is most often related to a large blood vessel that is too close to the trigeminal nerve in the face. As blood pushes through the vessel, it can rub the wrong way on the nerve, causing it to become irritated and misfire. This problem may occur as one ages or may be part of a different condition, such as multiple sclerosis.

Once diagnosed, trigeminal neuralgia pain can be set off by multiple triggers. Most triggers involve a sensation on the face. For example, shaving, chewing, putting on makeup or standing in the wind can all become triggers.

The main way that a doctor will diagnose this condition is through a complete review of the symptoms. The doctor will inquire about the type and location of the pain as well as the triggers that start the pain. He will also do a complete neurological evaluation to gain more understanding and to rule out other conditions. An MRI may give more information about the cause of the pain.

Treatment nearly always begins with medications to control the symptoms. Anticonvulsants and muscle relaxers are the most popular choices, and even Botox may be used as a minimally invasive treatment. If medications alone do not control pain, trigeminal neuralgia surgery may be necessary to reduce compression of the affected nerve. Gamma knife surgery or radiofrequency thermal lesioning may be used instead.

Although trigeminal neuralgia is a chronic condition, it does not have to rule one’s life completely. By working with a health care professional, individuals can learn to manage their symptoms, decrease the pain using a combination of medications, lifestyle changes and occasionally surgery and find great quality of life despite the diagnosis. Patients are encouraged to become full participants in their health care to get the best possible relief with targeted treatments.

Can trigeminal neuralgia go away by itself?

In some cases, trigeminal neuralgia does go away by itself. However, in most cases, it does not. The pain will come and go in cycles, so there may be periods of remission. Unfortunately, the attacks of pain are more likely to worsen over time.

Can trigeminal neuralgia be caused by stress?

Stress does not cause trigeminal neuralgia, but it can aggravate it. The condition is due to demyelination in which the cranial nerve loses its protective sheath. There are studies that have found chronic pain increases stress-induced pain sensitivity. Though the impact of stress on trigeminal neuralgia is not known, managing your stress may help.

What is the best treatment for trigeminal neuralgia?

Trigeminal neuralgia is treated first with medications. They include anticonvulsants and tricyclic antidepressants. Some people find relief with opioids when they have TN2 which is characterized by a constant pain of lower intensity, compared to TN1 which causes extreme burning, shock-like pain in periodic episodes.

What are the doctors who specialize in trigeminal neuralgia?

The research on identifying the role of foods in triggering trigeminal neuralgia is ongoing. Various studies found that a low saturated fat diet may be effective in reducing pain. A low saturated fat diet includes whole grains, no-fat dairy products, fish and poultry, vegetables, and citrus fruits and berries.

It is recommended patients avoid foods that can irritate the nerve. They include spicy foods, highly processed foods (loaded with chemicals), foods high in sugar, and caffeinated drinks. Very hot and very cold foods should also be avoided.