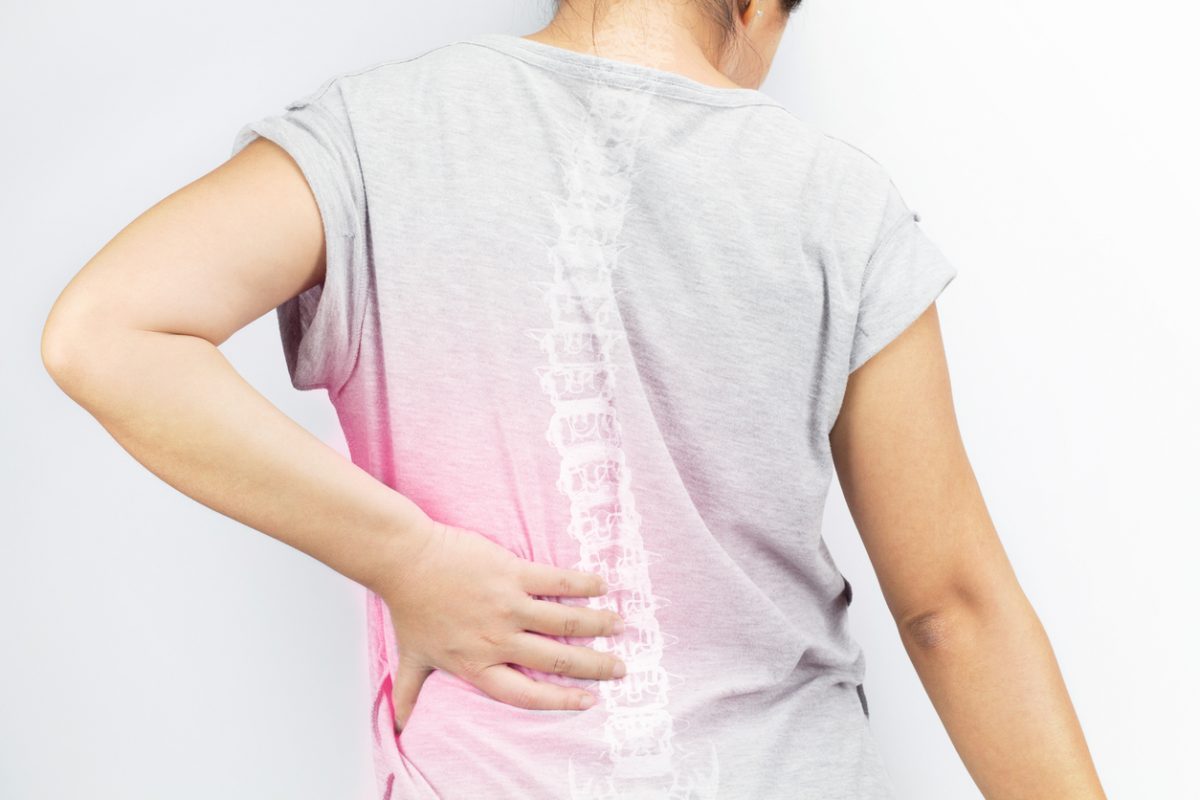 Scoliosis is a curve in the spine that is abnormal. It occurs most often during a child’s growth spurt right before puberty, though it can occur in people who are younger or older.

The American Association of Neurological Surgeons estimates that up to 3 percent of the U.S. population are affected by scoliosis. While it is not curable, the effects of this condition can be minimized. The following sections provide an overview of scoliosis and its symptoms, causes, risk factors and potential complications.

A spine with a normal shape has three small curves. The cervical spine (neck) and the lumbar spine (lower back) each have a small inward curve. The thoracic spine (middle of the back) has a small outward curve.

Scoliosis is a condition in which the spine is deformed. It is usually C-shaped or S-shaped in x-rays taken from the back, but the spine actually goes side to side also. This condition appears most frequently around the age of 10-12 years old or right before puberty, and sometimes in the teen or adult years. There are cases in which infants develop scoliosis.

Any spinal curve that is equal to or greater than 10 degrees compared to a normal spine is considered scoliosis.

Scoliosis symptoms are mostly related to noticeable changes in the person’s appearance. The signs of scoliosis can include:

In its early stages, there may not be any pain. It depends on the degree of scoliosis and how the spine impacts the body in general. People with moderate or severe scoliosis are likely to feel some pain. Acute scoliosis can lead to a rotating spine, a hump in the back and problems breathing due to less space available for the lungs to function.

There are different types of scoliosis, but they can be assigned to one of three categories.

Sometimes a spinal injury or a spinal infection can lead to scoliosis. However, the most common types of scoliosis (idiopathic) have no known cause. Medical researchers continue to study a possible link between genetics and this condition, but nothing has been proven yet.

The most common types of scoliosis have the following risk factors:

Genetics may play a role in congenital and neuromuscular categories of scoliosis but only because genetics plays a role in the types of diseases and birth defects that can lead to scoliosis.

Sometimes, scoliosis can lead to complications like the following:

At First Signs, See a Physician

The sooner scoliosis of the spine is identified and treated, the more likely its progression can be stopped. Today, there are a number of treatment options that include wearing a scoliosis brace and surgical procedures that range from minimally invasive to open surgery. See a physician as soon as possible should symptoms indicate scoliosis is developing.