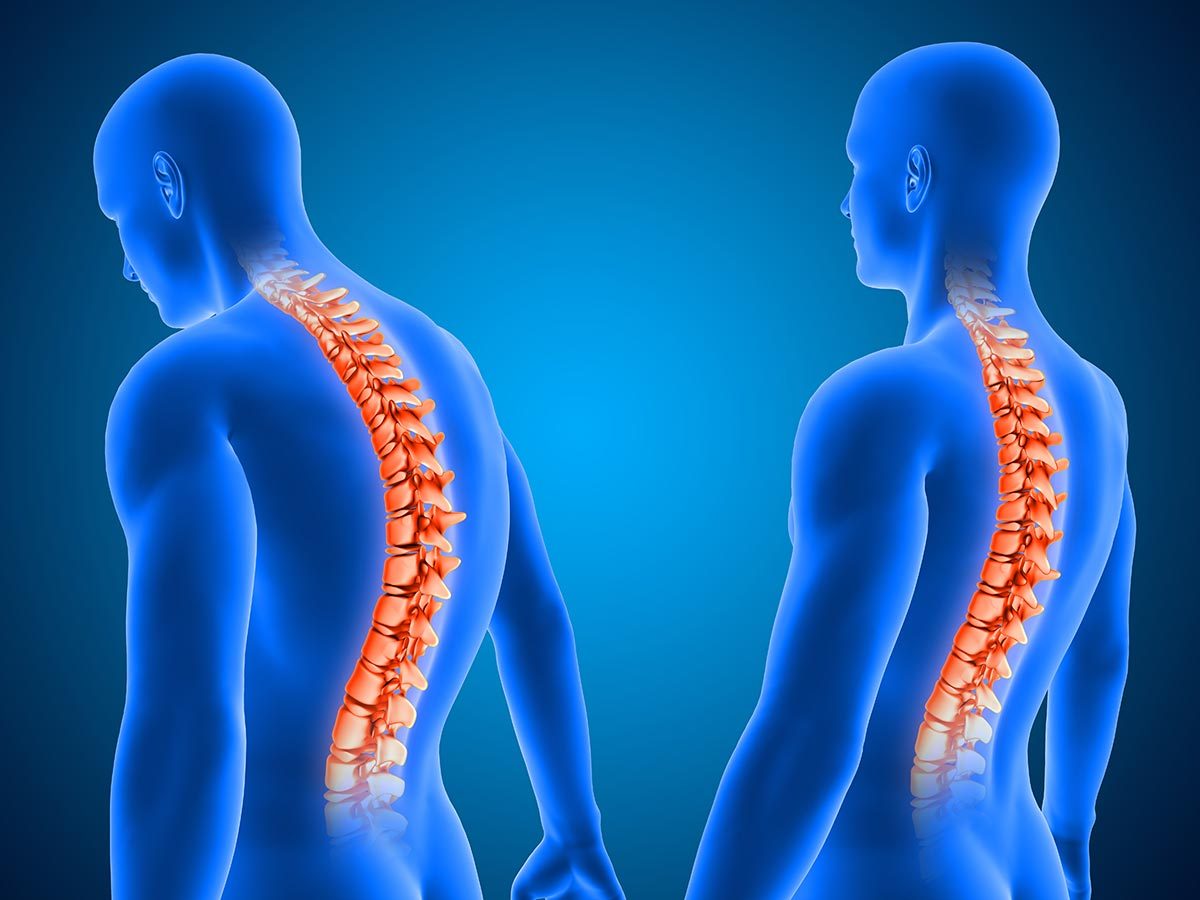 Kyphosis is a forward rounding of the back and is a spinal disease that can occur at any age. Scheuermann’s disease specifically refers to kyphosis that develops in children and adolescents and results in an exaggerated curvature of the spine. Named after the Danish orthopedic surgeon Holger Scheuermann, the spinal disease is often treatable.

What is Scheuermann’s Disease?

Scheuermann’s disease is a skeletal disease in which the spine develops an accentuated curve outward. There are three major spine sections called a cervical (neck), thoracic (upper and middle back) and lumbar (lower back).

The cervical and lumbar sections have a C-shaped curve with the middle section of the C curving towards the body. The thoracic section has a reverse C-shaped curve with the middle of the C curving outward or away from the body. The normal curves in the spine play an important role in balancing body weight and enabling movement.

Scheuermann’s disease is also called Scheuermann’s kyphosis or juvenile kyphosis. (Note: Sometimes pronounced by Americans as Sherman disease of the spine.) It typically occurs in children and adolescents while still growing.

The spine is made up of bones called vertebrae that are stacked in a long column. There are cushioning intervertebral discs between the bones that act like shock absorbers. When the vertebrae in the spine grow abnormally or abnormal vertebrae develop for any reason, the spine’s normal curve can become misshapen. Scheuermann’s disease usually develops in the upper spine but can occur in the lumbar or lower spine.

Approximately half of the children with Scheuermann’s kyphosis experience pain. When a child complains of back pain, the spine pain in the child may be a symptom of Scheuermann’s disease.

The basic cause of Scheuermann’s disease is abnormal bone growth. As a child or adolescent grows in spurts, some parts of the vertebrae grow at different rates. Several vertebrae develop a wedged shape, which causes the spinal column to lean forward, creating an abnormal curve in the back.

Though not known for certain, the abnormal bone growth is believed to be due to interruptions in the flow of blood to vertebrae during bone growth. The result is the front of the vertebrae grows faster than the back of the vertebrae, leading to a wedge shape instead of a rectangular shape. Researchers have also identified a hereditary component, but the genetic transmission remains unclear.

Boys develop Scheuermann’s Disease more often than girls at a rate of 2:1. Though due to abnormal growth, it is also known to occur with certain syndromes like Marfan Syndrome and Ehlers-Danlos Syndrome. Both syndromes are genetic disorders of connective tissues.

Diagnosis is rarely made before a child turns ten years old. A physician will first conduct a physical examination, looking for outward signs of the spinal curve and also checking for muscle strength and the spinal range of motion.

The physician will then decide which of the following tests to order:

If the skeleton is still growing, physical therapy may help correct a high percentage of the deformity. The physical therapy can strengthen the muscles supporting the spine and increase blood flow.

It is important for the child or teenager to avoid exercises or sports activities that stress the spine. Instead, doing low-impact exercises like swimming and cycling is recommended.

If more extensive treatment is needed, wearing a brace for 12-24 months might help. The effectiveness of bracing varies. There are three main types of bracing called the Milwaukee Brace, the Kyphologic Brace and the Thoracolumbosacral orthosis-style Boston Brace. All of the braces are shaped to the contours of the patient’s body and help the spine grow straight.

Though a possible treatment, it is not usually recommended for young patients. Surgery is used to treat kyphosis that is more than 75 degrees and causing severe deformity and pain.