A herniated disc is a condition that affects the back. It can cause pain, numbness, or tingling down one or both legs. 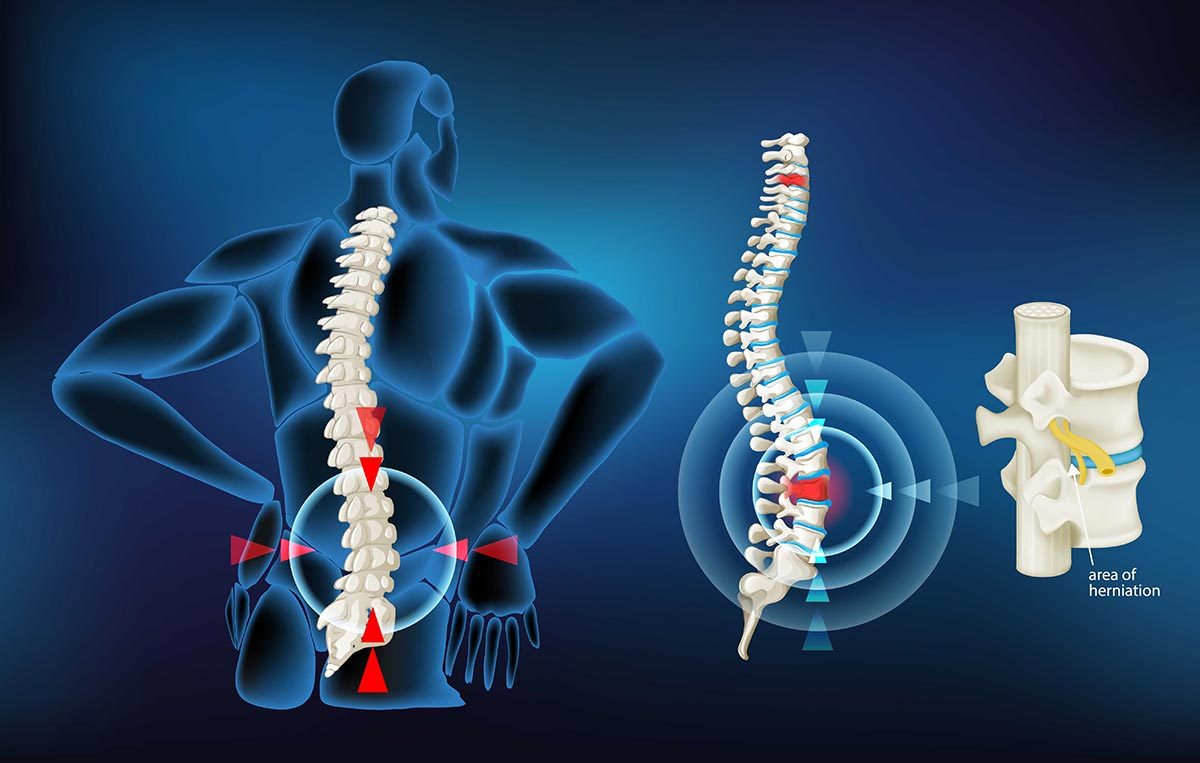 What is Herniated Disk?

A herniated disc is a condition that affects the back. It can cause pain, numbness, or tingling down one or both legs. It refers to a problem with intervertebral disks (the rubbery cushions between the individual vertebrae that stack up to make a spine).

Factors that increase the risk of disk herniation may include:

The most common symptoms of a herniated disk are:

Weakness. Muscles served by the affected nerves tend to weaken.

A small number of people end up needing surgery to treat a herniated disc. However, most patients do well with simpler treatments, such as:

In some cases, people with herniated disks need surgery. Your physician can suggest this when conservative treatments fail to reduce pain after six weeks. Moreover, surgery is indicated for patients who continue to experience:

In most cases, surgeons can remove just the protruding portion of the disk. However, in some cases, the entire disk must be removed and after that, the vertebrae may need to be fused together with metal hardware.

How long does it take to recover from a herniated disc?

The pain associated with a herniated disc will normally improve within 4-6 weeks of treatment. Most herniated discs heal on their own with persistent conservative treatment, like applying heat to your back and doing stretching exercises to reduce muscle tension.

Is a herniated disc permanent?

In most cases, the herniated disc is not permanent and does not cause permanent damage to the spine or nerves. However, if pain persists for a week or more, it is important to see a doctor for an assessment.

Can you be paralyzed by a herniated disc?

In the worst cases, a herniated disc can lead to paralysis of one or a group of muscles. However, this is very rare.

Is a herniated disc serious?

How painful is a herniated disc?